On Friday the 30th August 2013 editors Paul Thompson and Lydia Wysocki went to check the loading bays for comics. They were not disappointed. A nice man had signed for them the previous evening, not sure what to do next. Two pallets worth, about a metre high and three meters across. What to do with all those comics? 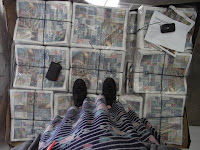 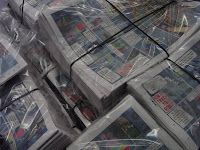 A thing that'll make you taller than all other humans? Yup, it's going to get stood on. The comics were so tightly packed on the pallets that they were able to hold the weight of not one but two whole humans. This comic is greater than the sum of its parts for sure. 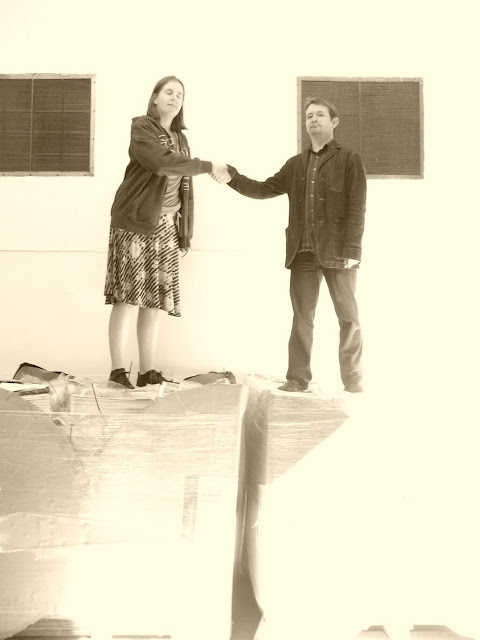 Thank you to everybody who helped make this comic 10,000 real things. Our contributors, our supporters, our editors, Engage NE, Newspaper Club and the nice man who signed for them on arrival. Look how happy our first reviewer is. 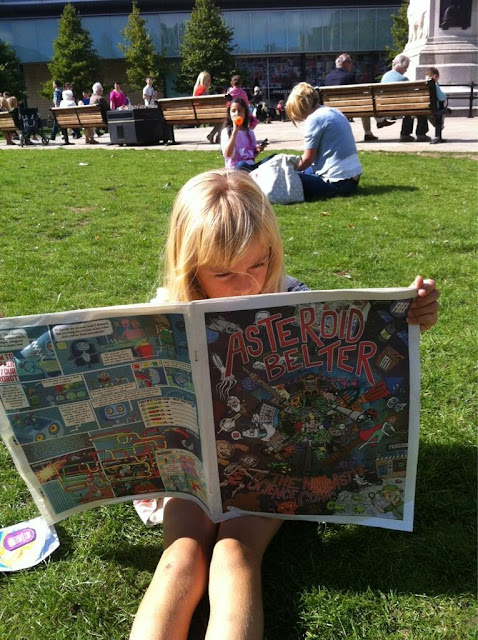 A challenge - each comic, folded once, is roughly 5mm, how many would we need if we wanted to stack them all the way to the moon?
Posted by Britt Coxon at 11:18