Attention all comics readers, comics makers, science doers and that. We have comics. This is not a drill. 20,000 comics are now printed and ready for the Great North Museum: Hancock's Spineless exhibition, opening on 1st August 2015. Our Spineless comic is full of collaborations between comics makers and exhibition curators. 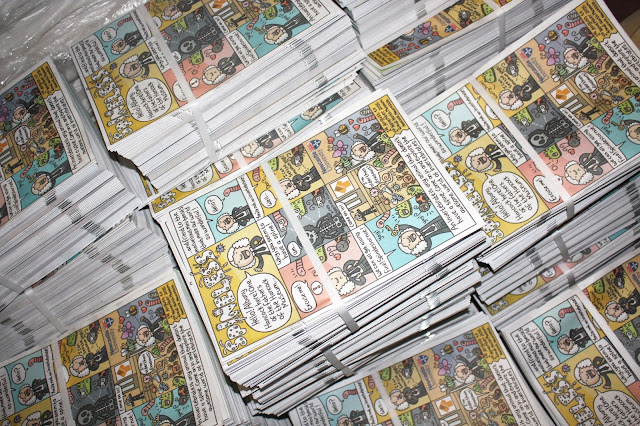 For those keeping score Asteroid Belter was 10,000 comics, two pallets on delivery. Spineless is printed on Newspaper Club's Mini format, a bit smaller, meaning the 20,000 copies fitted on just the one pallet. We sent our top people to track down the comics for the traditional pre-launch celebration/inspection.

The Spineless comic was printed by the brilliant Newspaper Club. It was made on one of their massive newspaper printing machines. Like real grown up newspapers. Woosh.

Then the comics were loaded onto a big pallet and shipped to the museum where they are now in maximum security storage awaiting launch day.

Luckily we were able to acquire access  early on Monday morning for that previously mentioned tradition. 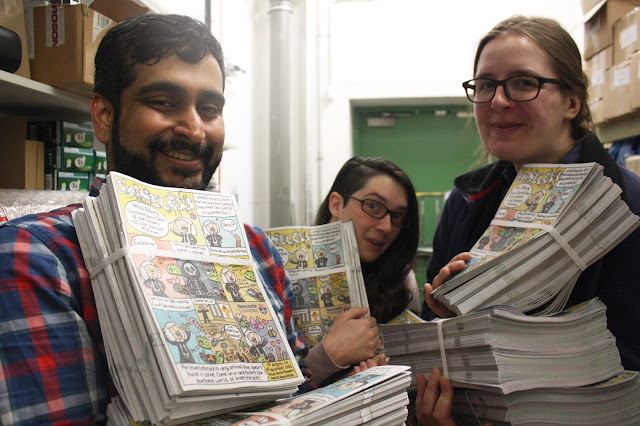 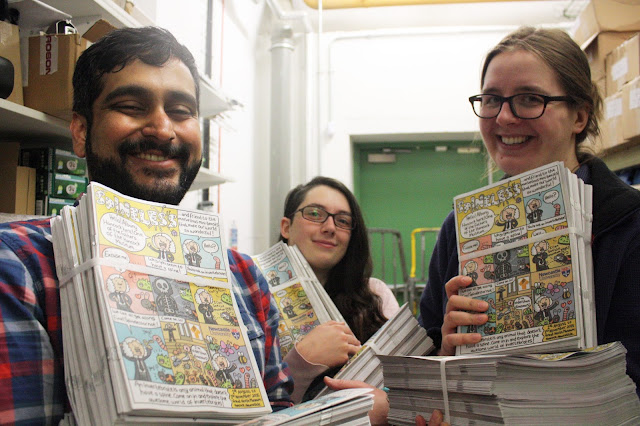 And it wouldn't be a pre-launch celebration/inspection without vines. Unfortunately Lydia wasn't able to dance on the comics this time, so we're going to re-share the Asteroid Belter dance. Because we can.