Because I remember how much fun it was absorbing science info when I was wee, everyone should get some science in.

It's called Reef Beasts, it's all about the squishy animals that live at the bottom of tropical seas, and their amazing abilities. 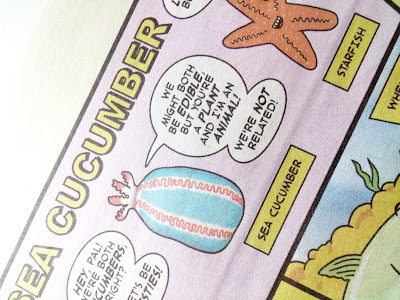 This is a sub-species of Sea Cucumber called a Sea Apple - I picked it for the Sea Cucumber section because of its interesting red-white-blue colouration, most other Sea Cucumbers are greenish-brown and look like an underwater poo.